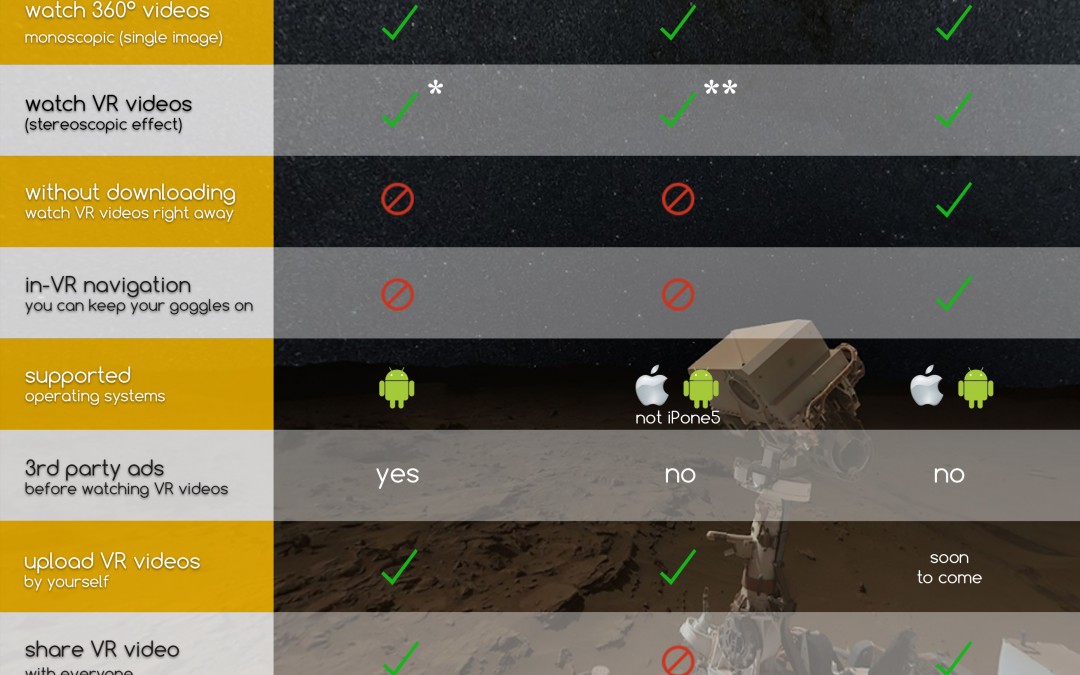 More and more online platforms are Virtual Reality ready. The use of the best known brands seems obvious, but are they really the best choice? We have compared three different VR platforms for you.

Really, yet another app?

Apart from all individual Virtual Reality native mobile apps, Facebook (Oculus), Youtube (Google Cardboard) and VRapp.co (VRmaster) and some lesser known platforms are the only online platforms which support mobile VR video – 360° video with stereoscopic effect. But after a closer look, it turns out that Facebook and YouTube don’t give access to VR video’s directly. Facebooks FAQ-page explains that users need to download an app – Oculus app – in order to watch VR video. Yet another app; that makes it two – Facebook itself requires one too – before one can watch VR videos.

Same story for YouTube: both YouTube app and Cardboard app are required in order to experience VR video. Are you reading this article on your smartphone (from Android KitKat / iOS8)? Click here to watch and experience the ease of VRapp.co.

‘Apps’ might sound user friendly – and maybe are so, in general – but does the same hold for the platforms mentioned above? Are they actually the obvious choice for the best mobile VR experience? In the overview below, we have visualized the usability and features that these three VR platforms offer. 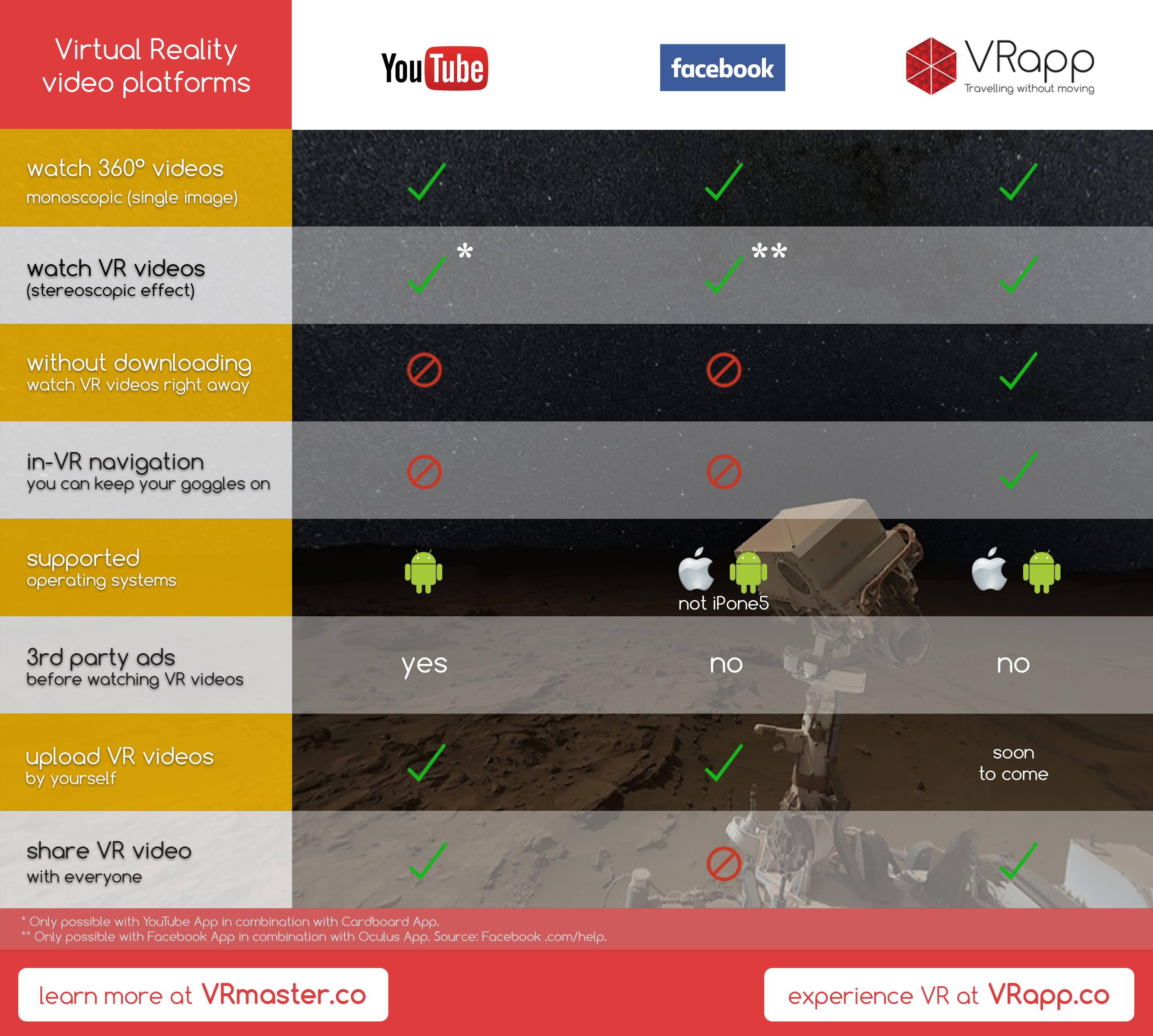 Likely due to competitive reasons, iOS users are not able to watch VR videos (only 360° videos) on YouTube. Facebook does not support VR videos for iPhone5 (likely not due to competitive reasons). We at VRapp.co, are on our way to make VR accessible for anyone. Therefore we leave no one – provided that the technology allows this – in the cold; young, old, fan, critic, iOS or Android.

VRapp.co uses the concept of VR Tours to be able to tell stories in VR. In-Tour navigation – navigation whitin a VR Tour or to other VR Tours – is only possible with VRapp.co. Because every VR Tour is equipped with a menu structure and every VR Bubble (one single VR photo or VR video) contains ‘navigation arrows’, users can keep their goggles on such that the VR experience is not interrupted. Facebook and YouTube users better get skilled in taking their goggles on/off and in replacing their smartphones, because both platforms don’t support user friendly navigation in VR. Watch our how-to video about our navigation on VRapp.co.

Upload your own VR videos

Are you an avid Facebook user and would you like to share VR videos with your friends? Simply share the URL of a VR Tour or VR Bubble in your status update and your Facebook friends can watch your exciting VR videos right away! Read more about the ease of sharing VR videos.

Experience VR right away at VRapp.co