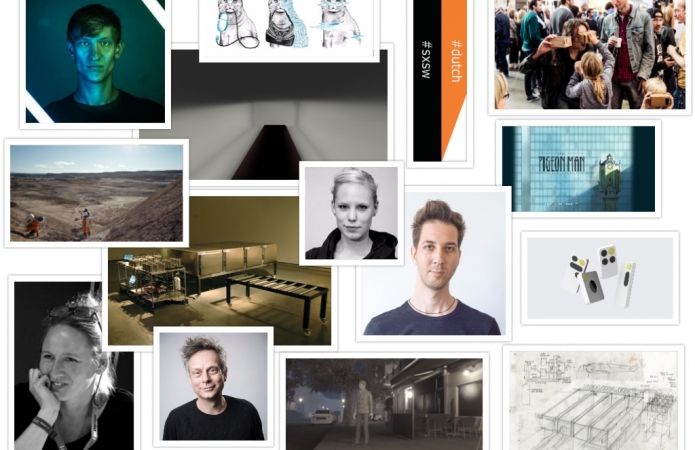 Creative Industries Fund NL is presenting 14 Dutch creatives at South by Southwest 2016 in Austin, Texas, where they will be showcasing their projects, products and ideas.

South by Southwest (SXSW) is one of the world’s leading festivals in the realms of technology, film and music. From a game that combats fear and depression to an interactive documentary that was devised specially for smartphones: the selection demonstrates the riches of the Dutch creative industries in the fields of technological innovation, games, design, virtual reality, film and transmedia storytelling. The 14 selected creatives are presenting new work, facilitating workshops, giving lectures, or taking part in panel discussions during the festival.

Creative Industries Fund NL’s Hugo van de Poel explains the selection: ‘Something striking within the Dutch scene is that the potential of ground­breaking techniques is being combined with relevant socialand societal themes, such as the experimental “Fragments of Him” interactive story about coping with bereavement by Sassybot Studio.’ Another recurring theme within the selection is the use of scent in relation to storytelling. Designer Marcel van Brakel will be leading a workshop about this in Austin, and media developer Frederik Duerinck is taking part in a panel session about this theme during the festival.

Read the full article – including the complete list – here.