NEW 360° cameras are coming to town 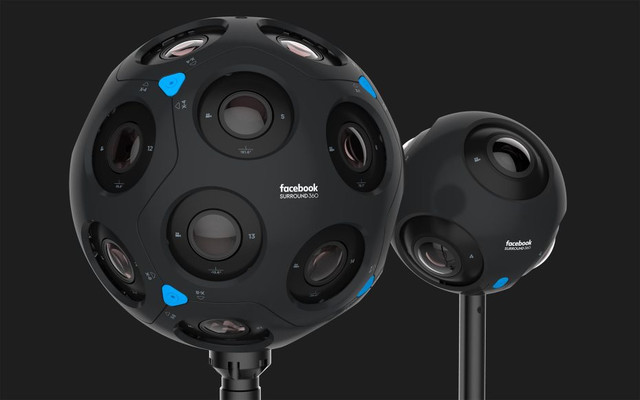 As the rise of VR can’t be stopped, also 360° camera’s are booming.

And it’s about time.

At the one hand, you can buy easy to use, handheld cameras with limited resolution. The Ricoh Theta S is a great example of a  360° with great stitching and good photo quality. Unfortunately, the video quality is poor, so you need a Nikon Keymission 360 for example to shoot better video. The Keymission comes with an awful app for remote control and the stitching is poor.

On the other hand, you’ve got high-performance camera’s like the Panono who can (only) shoot high-resolution photos or the Nokia OZO, which is amazing but costs you a lot. 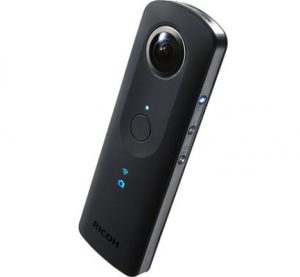 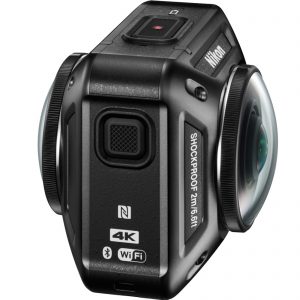 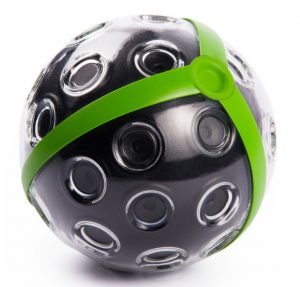 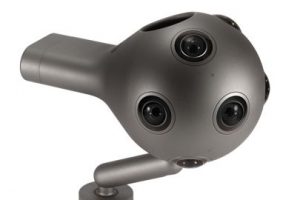 There are some new 360º cameras coming to town! 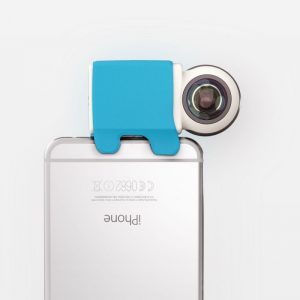 (Please use a stick or tripod to avoid big thumb syndrome)

Ricoh would like to announce that we will be showcasing a sample camera of the newest model, which shoots high-resolution 4K video in 360°, of the RICOH THETA series that shoots 360° images in one shot at the NAB Show 2017 held by the National Association of Broadcasters (NAB) in Las Vegas, USA from April 22 to 27. 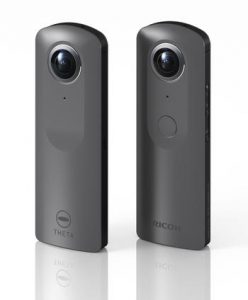 Main Features
?Shoots 360° 4K30fps video
?A built-in 4-channel microphone that can record spatial audio to link to 360° videos
?360° 4K live streaming
?A dedicated expansion application makes function expansion possible (an Android-based operating
system will be installed)
Notes: The above product specifications, exterior, and so on have yet to be finalised. Source: website Ricoh

Designed from the ground up with creators in mind, the Insta360 Pro’s compact, spherical frame is custom-milled from aluminium alloy and surrounded with six 200° lenses. A detachable base and easy-to-grip contours make it a versatile on-set companion. And this could be a Nokia OZO killer.

The real world is immersive. It has depth. It’s 3D. x24 and x6, the newest designs in the Surround 360 family, are making it possible to bring all this rich detail to life in live-action VR. In this talk, we detail the new technology and how it might change storytelling. Watch the introduction here. 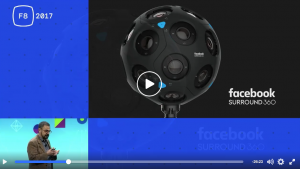 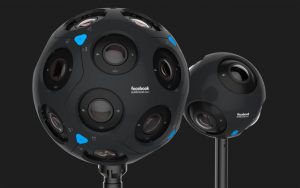 And last but not least, Go PRO Fusion announcement

I am so proud to introduce Fusion, the new GoPro that packs a huge punch. Fusion is the ultimate capture device for fully immersive virtual reality content, non-VR video, and even photos. It captures stunning 5.2K30 video and breathtaking photos in full spherical—but that’s not all.

Imagine never having to worry about framing your subject…ever. Yes, cameras do the heavy lifting already, but it still takes the eye to compose a shot, right? Well, thanks to Fusion, our users will be able to record their moments in all directions and then go back and choose the composition they want. This is referred to as OverCapture or reframing. It’s like having a camera team with you when you shoot capturing your primary and b-roll footage. From there, you have the flexibility in post-production to pick and share all sides of your story in conventional HD.